Doha/Jakarta, 21 April 2016—Discussions about the human rights impact of business in ASEAN were key on the agenda at this year’s United Nations Asia Regional Forum on Business & Human Rights, held in Doha, Qatar this week (on 19-20 April 2016). The Regional Forum, held for the first time in Asia, is part of ongoing multi-stakeholder dialogues held by the Working Group on Business and Human Rights to address key priorities for corporate human rights responsibilities as well as promote the effective and comprehensive dissemination and implementation of the Guiding Principles on Business and Human Rights in Asia. Stakeholders from ASEAN played a key role in these discussions, with over a third of the Forum’s participants coming from Southeast Asia.

The Human Rights Resource Centre’s Michelle Staggs Kelsall acted as one of four UN Rapporteurs for the Forum. Ms Staggs Kelsall’s role was to draw key findings from the sessions that would be incorporated into the Forum’s report to the Human Rights Council in June 2016. ‘It was clear that high on the agenda at the Forum was addressing ongoing human rights violations against migrant workers, as well as the impact of large scale land acquisition on communities,’ Ms Staggs Kelsall said. ‘The sessions on mega-sporting events highlighted increasing evidence that these events can result in some of the most egregious human rights violations taking place. In this respect, the commitment from both Coca-cola and FIFA to make the responsibility to respect human rights integral to all their operations was clearly a positive development. We now need to see the rhetoric become a reality.’ As part of these session Professor John Ruggie presented key findings from his recently released report, ‘For the Game. For the World,’ written in response to FIFA’s request that he develop recommendations on what it means to embed respect for human rights across its global operations. Ruggie noted that his recommendations included addressing human rights risks pertinent to existing tournaments already scheduled, ensuring explicit human rights criteria is included in the bidding process for the 2026 World Cup, formulating a human rights policy and putting in place internal accountability structures, as well as maintaining better relationships with stakeholders. 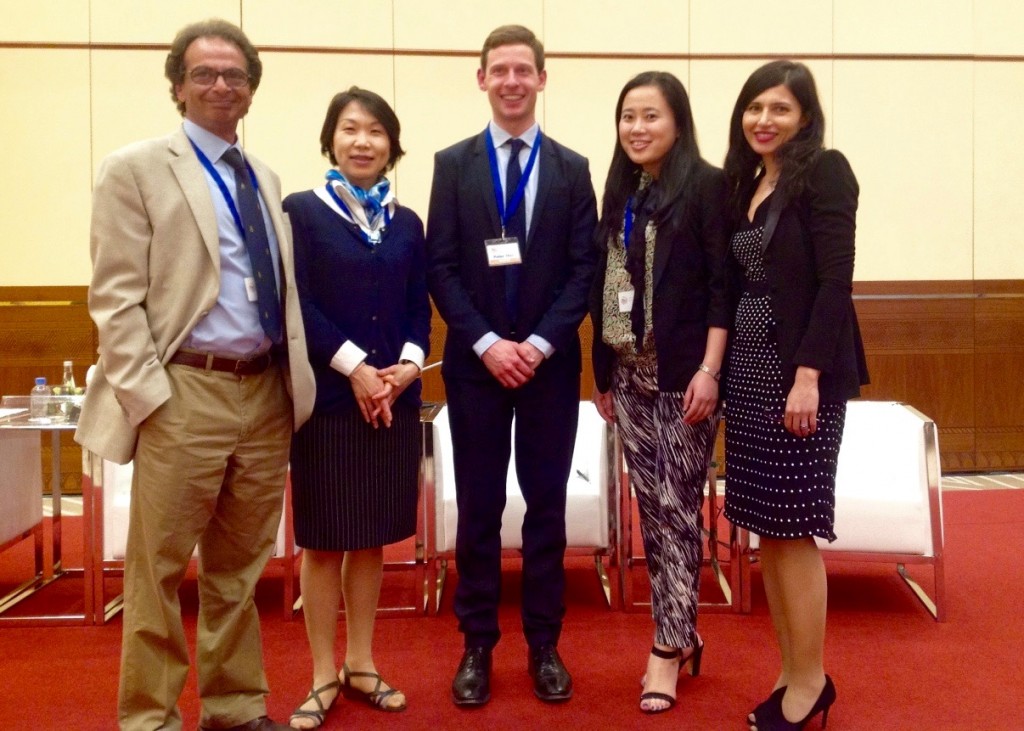 Michelle Staggs Kelsall with the other UN Rapporteurs for the Forum

The Forum included a panel session specifically covering the key trends and challenges in Southeast Asia. Mr Thomas Thomas of the ASEAN CSR Network, who also chaired the opening plenary, told the audience that in Southeast Asia, human rights issues were ‘same same, but different.’ Each country had its unique problems but ASEAN sought to work together to resolve them. H.E. Dr Seree Nonthasoot, the AICHR Representative for Thailand, noted that the ASEAN Economic Community was not systematically addressing negative externalities brought about by development in the region, including the environmental impact of development (which included private sector land-grabbing and forced evictions) as well as non-professional migration / the informal labour sector. Dr Nonthasoot felt the ‘cacophony of alliances’ within ASEAN needed to strengthen their approach to making human development front and centre with economic development, a sentiment shared by Ms Debbie Stothard of FIDH, amongst others. Similarly, Mr Rajendra Kumar Acharya of UNI-APRO thought that ‘while business is on the fast-track, other issues remain on the back-track. We need to right track social issues,’ he said. Pak Junardy of Indonesia’s UN Global Compact saw an important need to balance competitiveness with capacity. Business needed to see that current profitability is only sustainable if the investment in human development remains strong.

Key findings from the ASEAN session were:

ASEAN integration should include integration not merely of economies, but also of human rights norms and social responsibilities. Multi-stakeholder engagement is required to secure trust amongst states, business and civil society and to ensure positive developments (including a stronger focus on due diligence) avoid the silo-ing of issues.