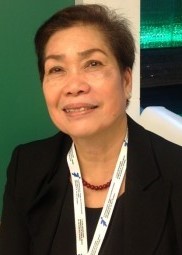 Carolina G. Hernandez is Founding President and Vice Chair of the Institute for Strategic and Development Studies (ISDS Philippines). She is also Professor Emeritus in Political Science, University of the Philippines (Diliman) where she taught in 1964 until her retirement in 2006.

A founding member of key regional track-two mechanisms including the ASEAN Institutes of Strategic and International Studies (ASEAN-ISIS), Council for Security Cooperation in the Asia Pacific (CSCAP), Council for Asia-Europe Cooperation (CAEC), Asia-Pacific Security Forum (APSF), and Human Rights Resource Centre (HRRC), she has also served in the boards of various regional and global institutions, including the UN Secretary-General’s Advisory Board on Disarmament Matters which she chaired in 2009, Global Centre on the Responsibility to Protect, Global Development Network, Governing Council of the International Institute for Strategic Studies (IISS), and the Multi-Sectoral Advisory Board of the Philippine Army’s Transformation Roadmap (PA-MSAB). She also served in the Global Agenda Council (on Failed and Failing States as well as Human Rights) of the World Economic Forum (WEF) and is a member of the Global Reflection Group on the Monopoly for the Use of Force supported by the Friedrich Ebert Stiftung.

She holds a doctoral degree in Political Science with a pioneering work on civil-military relations in the Philippines. She also worked in two official fact-finding bodies investigating coup attempts against incumbent presidents (Corazon C. Aquino and Gloria Macapagal-Arroyo), was a member of the National Peace Forum, and was Presidential Adviser for the Implementation of the Feliciano Commission Recommendations. She is married with five children and five grandchildren.