Dato Param Cumaraswamy, member of the HRRC Governing Board and former United Nations Special Rapporteur on the Independence of Judges and Lawyers, welcomed the guests to the launch. He noted the timeliness of the report, with the ASEAN region having formally established the ASEAN Community on the 31st of December 2015. Important changes in domestic legislation have also taken place. Foremost of these changes being Vietnam’s amendment of its Constitution in 2013, Brunei’s adoption of the Syariah Penal Code Order 2013, and most recently, Lao PDR’s amendment of its Constitution at the end of 2015. He also noted changes in leadership in several ASEAN countries within the last five years, including in Indonesia, Thailand and Myanmar. He particularly drew attention to the Philippines, which will swear in a new president at the end of this month and whose stand on some human rights issues have raised concern from some sectors. “Indeed, we have been witnesses to achievements in the push for progress and democratization in each State, as well as the conflicts and challenges faced over the five past years,” Mr. Cumaraswamy said.

The study, composed of 10 Country Reports and a Synthesis Report, analyses the policy and legislative changes that have taken place in the 10 ASEAN Member States since 2011. It also considers whether these changes support or detract from ASEAN’s vision of becoming a “rules-based” community.

Led by Mr. Francis Tom Temprosa, a Filipino lawyer and faculty member of the Ateneo de Manila University Law School, the study firstly considers whether individual member states’ commitment to establish and maintain the rule of law is being upheld by updating the 2011 report’s findings around four formal and substantive central principles in relation to human rights, namely:

(i) Principle I: Whether the government, including its officials and agents, are subject to the law under the Constitution and other legislation;

(ii) Principle II: Whether laws and procedures for arrest, detention and punishment are publicly available, lawful and not arbitrary;

(iii) Principle III: Whether persons have access to justice as the process by which laws are enacted and enforced is accessible, fair, efficient, and equally applied; and

The update thereafter considers the progress that has been made toward establishing a rules-based community of shared values and norms. It also analyses whether the process of ASEAN integration has influenced activity toward the creation of stronger legal institutions within ASEAN Member States. 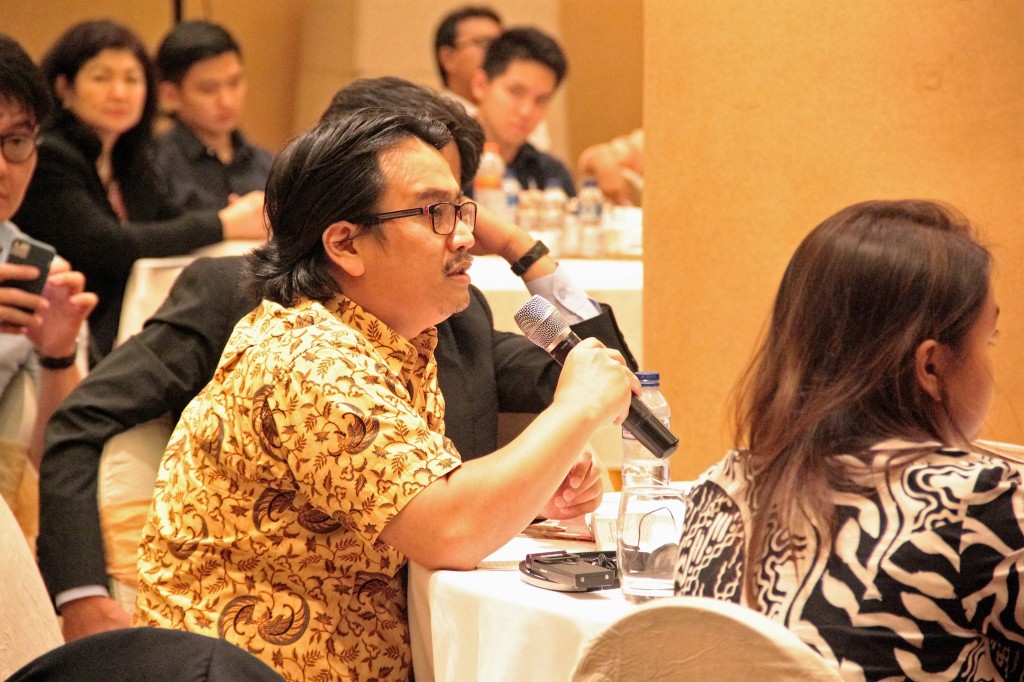 Discussion of findings during open forum at the launch

During his presentation of key findings, Mr. Temprosa pointed to a “shared but differentiated notion of rule of law” among Member States. “The ASEAN Charter indeed sets out rule of law as a purpose of ASEAN, and our study shows how ASEAN States have included the rule of law in their laws and policies. Implementation is an issue.”

“One main challenge to ASEAN States is defining exactly what constitutes the ‘rule of law.’ How is rule of law envisioned in the national frameworks, and do the national frameworks share common ground? ASEAN Member States still need to ‘start on the same page’ and build and consolidate frameworks with a nuanced understanding of the rule of law in the ASEAN context. Some States regressed from observing the rule of law, while others showed promise in the last five years,” he said. “Factors such as problematic constitutional set-ups, lack of separation of powers, corruption, and politicization affect the rule of law.”

Nonetheless, Mr. Temprosa pointed to a “hardening” of the policy commitment to the rule of law. “The region moved from merely incorporating the term ‘rule of law’ into multiple declarations to including it in binding treaties that require compliance.” He cited as examples the ASEAN Charter and the ASEAN Convention Against Trafficking in Persons, Especially Women and Children (ACTIP). “I see this trend of including the rule of law in binding treaties to continue in the future. We should hold States accountable for violations of the rule of law,” he added.

Commenting on the Synthesis Report, Professor Carolina Hernandez, Professor Emeritus in Political Science at the University of the Philippines and member of the HRRC Governing Board, emphasized the need to look at the concept and development of rule of law from several perspectives. The study could serve as a launch pad for other studies that are multi-disciplinary in approach. A multi-disciplinary research, she argued, would be helpful in analyzing the rule of law.

The HRRC hopes that this study would spur further dialogue and empirical analysis on this subject as well as encourage policy‐makers and leaders to address the gaps reported. It further hopes to provide a meaningful contribution towards enhancing rule of law in the region, consistent with the ASEAN Community Vision 2025 of a community that thrives in a “just, democratic, harmonious and gender‐sensitive environment in accordance with the principles of democracy, good governance and the rule of law.”

Mr. Temprosa’s presentation is available via this link.