Yogyakarta, 30 May 2015—The “Keeping the Faith: A Study of Freedom of Thought, Conscience and Religion in ASEAN” discussion series arrived in Yogyakarta today. Held in collaboration with HRRC’s partner, the Law Faculty of Gadjah Mada University (UGM), the event was also organized with the support of the Center for Religious and Cross-cultural Studies (CRCS UGM), the Center for Human Rights Studies of the Islamic University of Indonesia (PUSHAM UII), and the Oslo Coalition on Freedom of Religion or Belief at the Norwegian Centre for Human Rights.

Ms. Lindayanti Sulistiawati SH, Msc, PhD, set the tone of the ensuing discussion in her opening remarks, reminding the audience that “Indonesia has been a melting pot for hundreds of years, a collection of people with diverse, ethnicities, languages, and faith.” Thus, she asserted the importance of discussing Indonesia’s position in terms of religious tolerance, and to also consider ASEAN’s role in this and other regional issues. Referring to the recent crisis relating to Ronghiya refugees, she emphasized that “We need to know where ASEAN is standing, now that ASEAN is about to open its doors to everyone.” Professor Tore Lindholm from the Oslo Coalition echoed the sentiment. He noted that Indonesia is one of the most important member states in the region, thus it is compelled to take the lead in human rights issues, including the refugee crisis. “There are measures that the government must do should the population demand it, including to help people in another country that need it.”  Thus he called for Indonesians and other citizens in ASEAN to cultivate a feeling of solidarity, not only because the persecuted are people of the same religion, but out of sheer humanity. 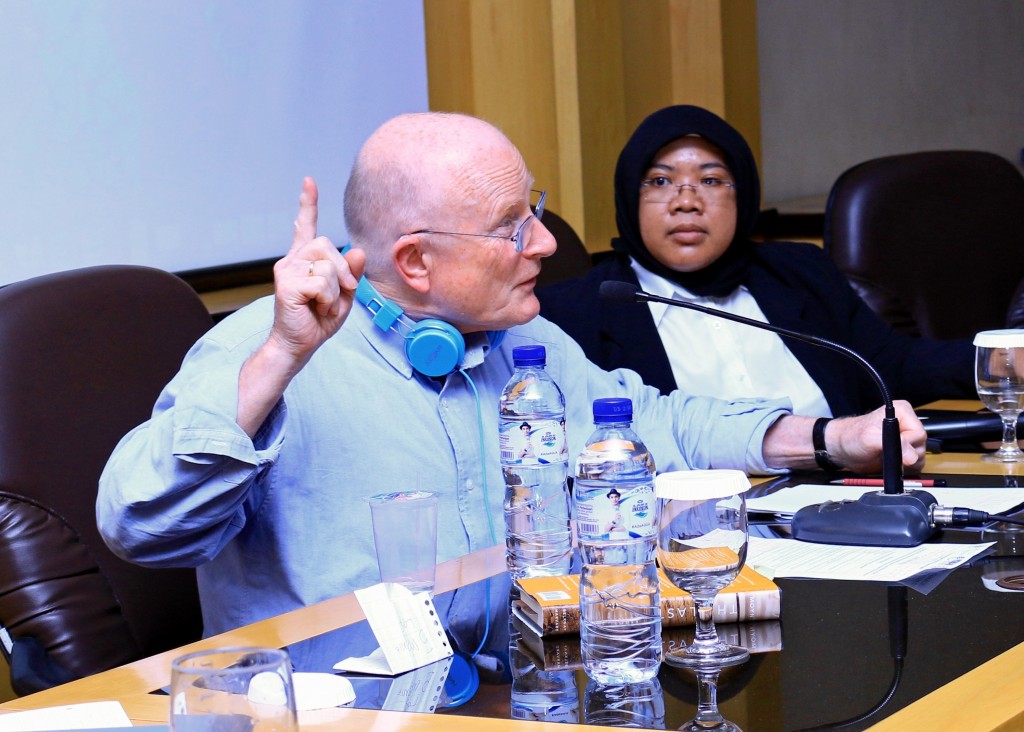 Presenters at the event included Ms. Faith Delos Reyes, HRRC Research and Project Coordinator, who highlighted the trends in the region, and Dr. Zainal Abidin Bagir, the Director of CRCS and author of the Indonesia report in “Keeping The Faith.” Dr. Bagir underlined the fact that since the emergence of democracy in Indonesia in 1998, it has experienced progress in terms of acceding to human rights legal instruments. However, weak rule of law, politicization of religion, and the fact that democracy also opens the space for extremist groups are challenges that continue to occur. He observed that persecution of religious minorities is a result of the “State allowing people to use violence toward others they do not like, and allowing them to mobilize the population against minority groups.”

Picking up the tone, Dr. Lena Larsen from the Oslo Coalition argued that “The State has the duty to protect religious interpretations, and this is difficult to implement with a monolithic understanding of religion.” A monolithic understanding of religion occurs when a religious norm becomes legalized, thus condemning any other interpretation deviating from that norm as a crime, as immoral, or a form of defamation. This practice suppresses crucial discussions from taking place, including with regard to gender equality, cautioned Dr Larsen.

Mr. Eko Riyadi, the Director of PUSHAM UII, agreed with Dr. Larsen, noting that “It is most dangerous when the law is mixed with customs and power.” He asserted that discourse on freedom of religion and religious tolerance when placed in the context of theological debate will never be resolved. He suggested that it might be best to place the issue “in the context that the State has the duty to protect the rights of all human beings, whoever he is and whatever their belief or what they do not belief.” This sentiment was again underlined by Dr. Larsen at the end of discussion, stating that “The rules should be based on the principle of non-discrimination. This is the role and obligation of the State, in addition to guaranteeing well-being of the people, regardless of belief, race and other. This is the essence of the State, to provide justice for all people”.

“Keeping the Faith” was produced with the support of the Norwegian Embassy in Jakarta. The HRRC also receives support from the WSD HANDA Center for Human Rights and International Justice, the East West Center, and the University of Indonesia. The last roadshow will take place on 29 June at the University of Philippines in Metro Manila. If you are interested to participate, please email us at info@hrrca.org.