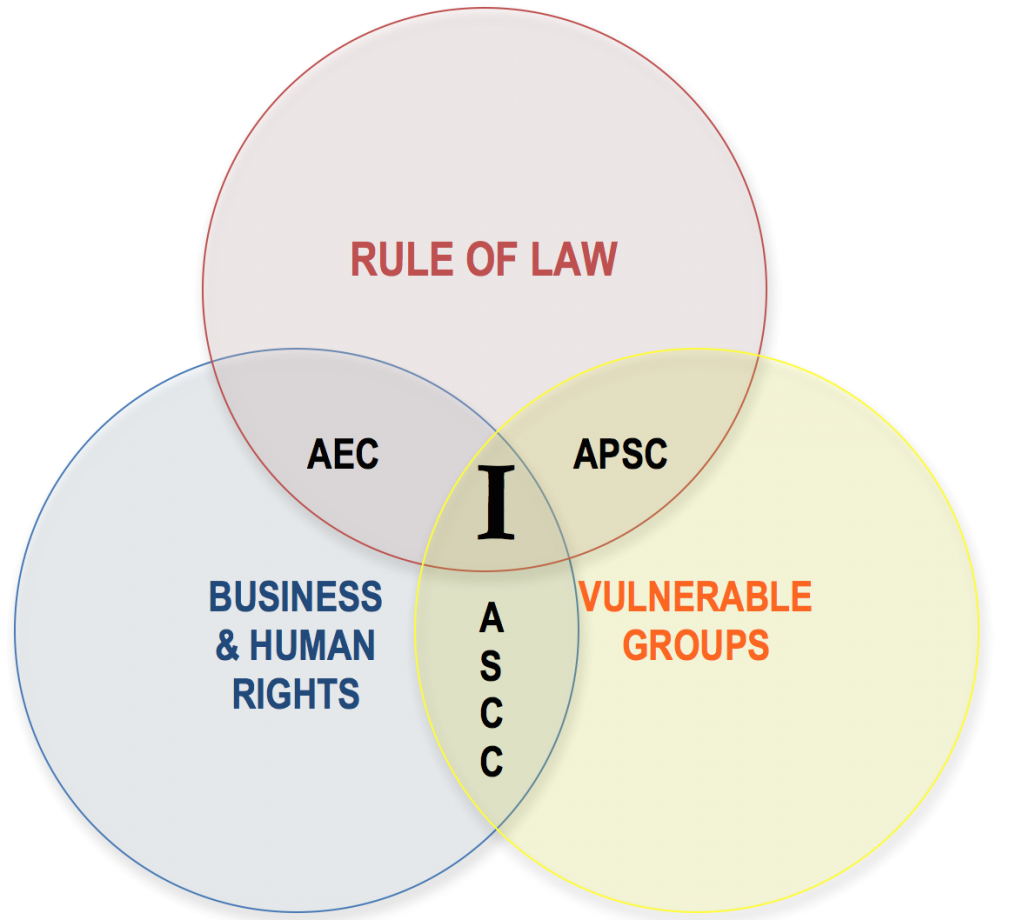 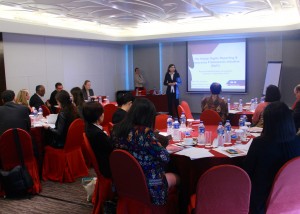 One Strategic Objective of the ASEAN Socio-Cultural Community Blueprint is to “[e]nsure that Corporate Social Responsibility (CSR) is incorporated in the corporate agenda and to contribute towards sustainable socio-economic development in ASEAN Member States.” The AICHR has identified Corporate Social Responsibility among the thematic issues for further study in its 2010-2015 Work Plan. In 2011, John Ruggie, Special Representative of the UN Secretary-General on Human Rights and Transnational Corporations and Other Business Enterprises, proposed the “Guiding Principles on Business and Human Rights: Implementing the United Nations ‘Protect, Respect and Remedy’ Framework.” The Guiding Principles elaborate upon the 2008 UN “Protect, Respect, and Remedy” Framework on business and human rights. In June 2011, the United Nations Human Rights Council adopted a Resolution endorsing these Guiding Principles.

Proceeding on these bases, the HRRC, whose aim is to support and complement the work of AICHR and other institutions engaged in progressing the state of human rights in the ASEAN, has undertaken activities to help develop business and human rights in the region. Among the first of these activities include collaborating to host the Summer Institute on Business and Human Rights in Asia Pacific in July 2012, publishing Business and Human Rights in ASEAN: A Baseline Study in April 2013, and inviting Professor Ruggie to lecture on the Guiding Principles at the Indonesian Foreign Ministry in June 2013.

Further, Shift and Mazars, in liaison with the HRRC, launched the Business and Human Rights Reporting and Assurance Frameworks Initiative (“RAFI”) to develop public reporting and assurance frameworks based on the UN Guiding Principles. Read more about the project and find related documents on our webpage. 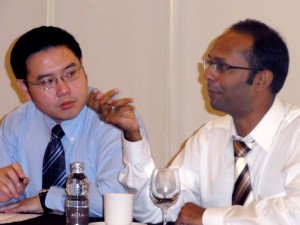 Since its creation in 1967, the Association of Southeast Asian Nations has embraced the concept of the rule of law. The ASEAN Declaration (Bangkok Declaration), ASEAN’s founding document, recognizes “respect for justice and the rule of law” as a means to achieve “regional peace and stability.” In 2007, the commitment to rule of law was affirmed further in the ASEAN Charter, recognizing the concept as both a principle and a purpose of the ASEAN.

Towards the end of complementing the work of ASEAN bodies in strengthening the rule of law in the region, HRRC chose rule of law as the topic of its inaugural research activity. Rule of Law for Human Rights in the ASEAN Region: A Baseline Study, published in 2011, sought to shed light on ASEAN member states’ understanding, interpretation, and implementation of the rule of law as a principle of good governance in relation to strengthening the respect for and protection of human rights.

The HRRC has continued to be engaged in activities to promote rule of law in the region. It has held discussion forums on rule of law in Cambodia, Thailand, and Indonesia, as well as created video-documentaries to make the concept more prominent and understandable, particularly within the context of the approaching establishment of the ASEAN Community in 2015. HRRC also published a study on Judicial Training in ASEAN as follow on to its 2011 baseline study on rule of law.

See our Rule of Law activities 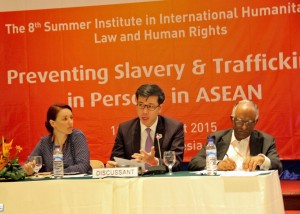 ASEAN has long before affirmed its commitment to secure the human rights of all peoples of ASEAN. The ASEAN Charter recognizes “respect for fundamental freedoms, the promotion and protection of human rights, and the promotion of social justice” as one of its principles. The ASEAN Charter also provides, as one of ASEAN’s purposes, the enhancement of “the well-being and livelihood of the peoples of ASEAN by providing them with equitable access to opportunities for human development, social welfare and justice.”

With the signing of the ASEAN Human Rights Declaration in November 2012, the ASEAN  affirmed the principle that “[a]ll persons are born free and equal in dignity and rights” and unequivocally recognized the rights of vulnerable and marginalized groups. The Declaration states:

The rights of women, children, the elderly, persons with disabilities, migrant workers, and vulnerable and marginalized groups are an inalienable, integral and indivisible part of human rights and fundamental freedoms.

HRRC has engaged in several activities in support of the ASEAN’s pledge to realize the human rights of vulnerable groups. The HRRC published a study on selected human rights issues affecting women and children in ASEAN. Completed in 2012, Violence, Exploitation, and Abuse and Discrimination in Migration Affecting Women and Children in ASEAN: A Baseline Study, is the first ASEAN-wide study of its kind. The HRRC has also focused on the situation of vulnerable groups, such as women and children in armed conflict, in its annual Summer Institute in International Humanitarian Law and Human Rights. More recently, in Keeping the Faith: A Study of Freedom of Thought, Conscience, and Religion in ASEAN, the Centre considered state practice pertaining to religious freedom in the region as well as prevalence of discrimination on the basis of belief.