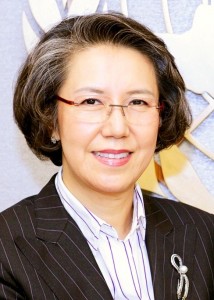 Dr. Yanghee Lee is the UN Special Rapporteur on the situation of human rights in Myanmar. She is a professor at Sungkyunwan University in Korea and is highly recognized nationally, regionally, and internationally for her expertise in human rights. She served as member (2003-2013) and chairperson of the Committee on the Rights of the Child (2007-2011). She has also served as chairperson of the Meeting of Chairpersons of Treaty Bodies (2010-2011).

Nationally, Ms. Lee serves on the Advisory Committee of the National Human Rights Commission of Korea. She is the founding President of International Child Rights Center, and currently serves as Vice-chair of the National Unification Advisory Council. In 2009, she received the Order of Civil Merit, the highest recognition given to a civilian for her work in human rights.

Regionally, she actively takes part in Asia Pacific debates and actively participates in ASEAN Human Rights Discussions in areas of children and armed conflict and human rights within the context of migration.

Internationally, Ms. Lee is recognized for her work as member and chairperson of the Committee on the Rights of the Child. She has taken an active role in the Strengthening of Treaty Body System Process, including the Dublin Process. Of importance, her efforts in reopening the discussions on the need for a communications procedure for children which ultimately led to the adoption of a 3rd Optional Protocol are recognized.

Ms. Lee earned a B.S. Degree from Georgetown University, M.ED. and Ph.D. from University of Missouri-Columbia. She has published numerous articles and books on human rights and children’s rights.