Jakarta, 29 September 2015—The organizers of the 2015 Summer Institute have issued a Synthesis Report on the discussions and activities at this year’s annual event. Themed “Preventing Slavery and Trafficking in Persons in the ASEAN,” the Summer Institute was held from the 11th to the 14th of August 2015 in Bali, Indonesia. It comprised a 2.5-day workshop and half day field trip in Bali, followed by a Studium Generale at Udayana University.

The Synthesis Report captures the main points discussed during the sessions. It also contains the “Recommendations and Next Steps” produced during break-out group discussions that divided participants along the lines of the ASEAN human rights bodies to which they belong. The groups were asked to consider: (i) The next steps for AICHR/ACWC/ACMW in addressing trafficking for labour exploitation and slavery, and (ii) How other actors in ASEAN can assist the AICHR/ACWC/ACMW in carrying out these next steps.

Sharing a common vision of an ASEAN community that recognizes and respects the rights of migrants, workers and other vulnerable groups, the delegates were eager to contribute to the ongoing process to attain this vision. They agreed that solutions should address vulnerabilities and demands that perpetuate trafficking in persons, with governments complying with their duty to protect against trafficking and businesses conscientiously meeting their responsibility to respect human rights.

There are many efforts by governments, businesses, and CSOs that encourage or ensure legal, decent work. However, these measures need to be replicated in a systematic manner to ensure eradication of trafficking in persons and slavery in the region. The speakers and delegates throughout the Summer Institute all called for greater coordination across ASEAN Member States, led by the Association’s human rights bodies, in dealing with trafficking in persons. They noted that the work and recommendations of the AICHR, ACWC, and ACMW could only be fully realized if adopted and implemented by each of the national governments. 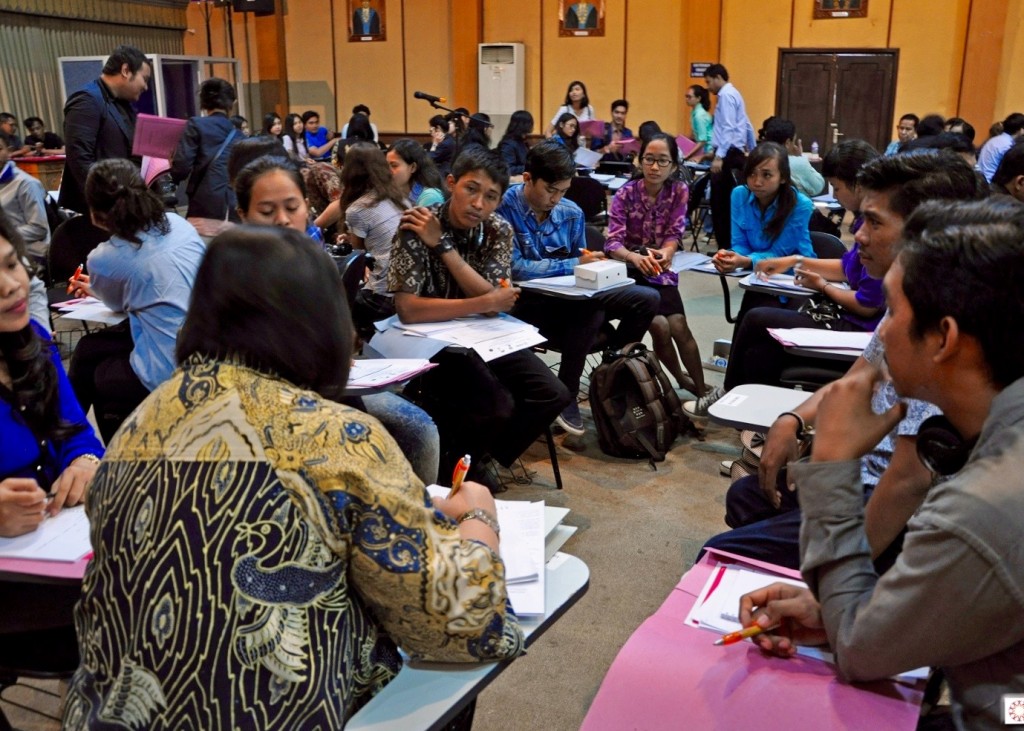 Break-out group discussions at the Studium Generale at Udayana University

This year’s Summer Institute also saw more interchange with local actors. As at the regional level, combatting trafficking requires coordinated efforts by all stakeholders. During the field trip as well as the Studium Generale, the need for a holistic approach was emphasized, starting with the willingness of all parties to acknowledge that human trafficking exists and needs to be addressed urgently.

The Summer Institute this year was proudly hosted by the HRRC with the WSD HANDA Center for Human Rights and International Justice, the East West Center, and Udayana University. It was made possible with the generous support of the U.S. Government, the British Embassy in Jakarta, and the Ministry of Foreign Affairs of Singapore.