Depok, 25-26 April 2016—The Human Rights Resource Centre attended the first Asian Research Symposium, which was hosted by one of the Centre’s university partners, namely University of Indonesia. Held at the University of Indonesia’s campus in Depok, the symposium was attended by various researchers, academics, and scholars from universities and research centres all across Asia. It was held around the theme “Asian Role in Sustainable World Development.” The Asian Research Symposium presented and discussed the latest developments and studies on various sciences in the continent.

The symposium aimed to promote cross-sectoral and practical innovations in a wide array of fields, from health sciences, science and technology, to social science and humanities, including religion and security in Asia. The sessions were designed to cover intersecting fields, wherein academics and researchers presented their latest works. Researchers also had the opportunity to receive inputs from not only their peers in the same sector but also from other related fields. For instance, in health sciences, experts in medicine presented their latest works together with engineering experts, thus new ideas on medical surgery equipment could be raised during the panel discussion. In social science and humanities, conflicts in various Asian countries were reviewed from psychological, legal, anthropological, and historical angles, therefore the discussions did not only present a narrow assessment of the issues but rather contextualised them within a comprehensive model for social intervention.

It is worth mentioning that beyond strictly scientific discourse, this symposium also saw in-depth discussions addressing sense of fairness, justice, and security, particularly in relation to evidence-based policy making. A large number of the presenters underlined the import of concrete inputs and suggestions for implementation that promoted and took into account accountability among executors, both within their countries and at the regional level. 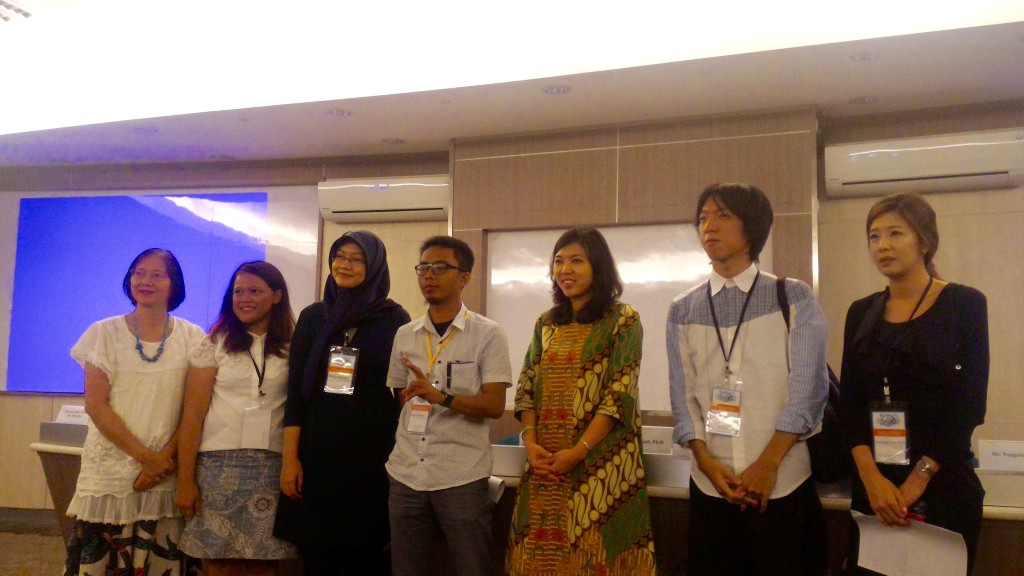 Speakers of one of the panel discussions at the symposium

For instance, Indonesian health scientists presented multiple findings on the newly implemented universal health care in the country, quality of care workers, psychological development of various treatments for pervasive disorders, and economic competition in the pharmaceutical sector. In social sciences and humanities, to name a few, Malaysian experts from University of Malaya and International Islamic University Malaysia focused their research on tax evasion and the latest legal and economic developments in ASEAN, while a Vietnamese researcher from Saigon Centre for International Studies (SCIS) investigated religiosity for the purpose of maintaining security within ASEAN. In science and technology, Japanese, Korean, and Indian engineers discussed various topics ranging from urban development, renewable energy, and the progress of supporting tools for agriculture and medicine.

The symposium was an invaluable opportunity to discuss pertinent issues related to the role of Asian countries and experts in furthering Sustainable Development Goals. The discussions made clear that Asia, in particular its academics and researchers, provides important contributions to sustainable world development.