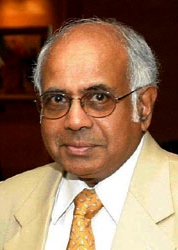 Dato Param Cumaraswamy is a barrister-at-law at Inner Temple, London, and an Advocate and Solicitor in Kuala Lumpur.  He was President of the Malaysian Bar (1986-1988) and a founding member of the Bar Council’s Human Rights and Legal Aid Committees.  He is a life member of the Law Association of Asia and the Pacific and served as its President from 1993-1995. Since 1990, he has been a Commissioner of the International Commission of Jurists, of which he once served as Vice-President (2004-2005).  In 1994, he was appointed the United Nations Special Rapporteur on the Independence of Judges and Lawyers by the UN Commission on Human Rights and served on that mandate until 2003. He is a founder member of the Regional Working Group for an ASEAN Human Rights Mechanism of which he is currently a co-chair.