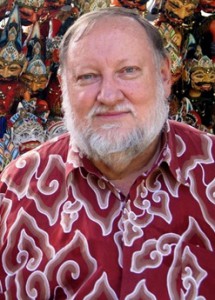 Gregory Churchill, a graduate of Harvard Law School, has had an extensive experience working on issues pertaining to legal and judicial reform, particularly that of the Indonesian legal system, having worked in the country since he first came to Indonesia in the 1970s.

He is currently Senior Advisor at PT Adinata Pandita. He had practiced law with the private firm Ali Budiardjo, Nugroho, Reksodiputro (ABNR) in Jakarta for over 25 years (1981-200). While at ABNR, he was Consultant to the International Monetary Fund for the Netherlands-Indonesia Legal and Judicial Reform Program, including on bankruptcy reform, court reform, and the establishment of the Commercial Court and the Anti-Corruption Court. He was also Consultant to the World Bank and to the Australian Agency for International Development on matters relating to legal and judicial reform programs in Indonesia.

He was once Program Advisor of the Netherlands-Indonesia National Legal Reform Program (2008-2010). The program was funded by grants from the Kingdom of the Netherlands and administered by the Legal Department of the International Monetary Fund, with a focus on legal and judicial reform.

At the Faculty of Law of the University of Indonesia, Churchill was Consultant to the Legal Documentation Center (1976-1986), as well as Lecturer on American Law (1978-2004).