Jakarta, 27 June 2016–The Human Rights Resource Centre hosted the “Dialogue Forum on Introduction to ASEAN Community 2025: Engaging a Wider Stakeholdership in Enhancing Regional Peace and Security” on 27 June 2016 in Jakarta, Indonesia. The Centre presented the findings of a two-day civil society consultation held on 26-27 May 2016 in Bangkok with representatives from spiritual communities, faith-based organizations, and higher institutions from across Southeast Asia. At the event in Bangkok, participants had explored the potential roles of faith-based groups to enhance each of the three pillars of ASEAN: Political-Security, Economic and Socio-Cultural.

The Dialogue Forum, made with the support of the ASEAN Foundation, the Japan-ASEAN Solidarity Fund, Bahá’í International Community, East West Center, WSD Handa Center for Human Rights and International Justice, and Universitas Indonesia, was graced by the Committee of Permanent Representatives to ASEAN and the representatives from the ASEAN Secretariat. 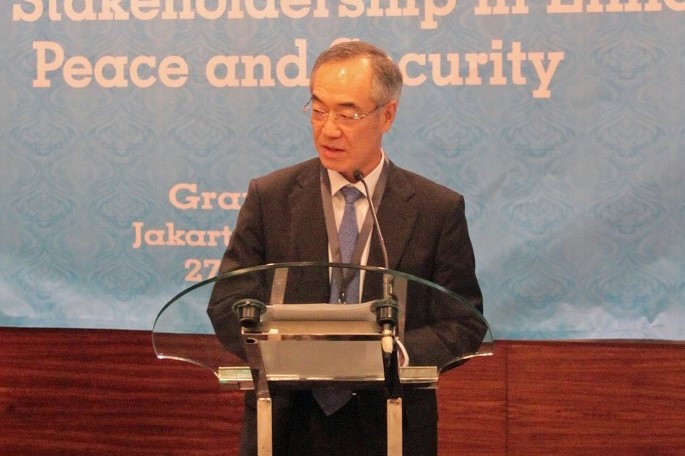 H.E. Kazuo Sunaga, Ambassador of the Mission of Japan to the ASEAN, giving the opening remarks

H.E. Kazuo Sunaga, Ambassador of the Mission of Japan to the ASEAN, in his opening remarks, conveyed his delight in hearing of the success of the Bangkok consultation meeting.  He remarked that human rights has now become a core value in the region, and the spirit of tolerance practiced in the region has supported ASEAN.  Religions such as Buddhism and Islam actually advocate “loving kindness” in their teachings. Shinto, the ancient belief system of Japan, as it reveres many gods, similarly teaches the value of “respect” and “tolerance,” values that he sees in Bahá’í communities as well. Thus, while Southeast Asia has experienced difficult times rooted in religion and ethnic differences, he expressed hope that these values will provide a good foundation for the future of ASEAN.

H.E. Ong Keng Yong, former Secretary-General of ASEAN and Chairperson of the Governing Board of the HRRC, welcomed the participants to the event and reminded everyone that with the start of 2016, the ASEAN Community officially came into operation.  ASEAN 2025 provides the roadmap for ASEAN for the next 10 years, which seeks to work towards a Community that is “politically cohesive, economically integrated, and socially responsible.” While the progress achieved in ASEAN towards this goal is impressive, challenges remain and there is still a degree of uncertainty on the next steps to build the ASEAN Community. To this, H.E. Ong Keng Yong stressed three points: first, ASEAN is not perfect, and community-building is a long and constantly ongoing process; second, there is no alternative to ASEAN for engaging fellow Southeast Asian countries and external powers; and third, ASEAN needs to be developed to secure a prosperous future for its children.

Continuing his message on building an ASEAN Community, H.E. Ong Keng Yong noted that in the 21st century, religious communities around the world have been transformed with the advent of the internet and modern technology. Religion has been misconstrued and used by others to advance their personal agenda. How religions and governments respond to this shift to protect religious beliefs without resorting to violent means is thus important. He pointed out that while religions promote their own beliefs as truth, every religion also espouses peace and humanity.

He stressed that while the government promotes peace and security and must set policies for the respect of religions and diversity, it cannot do everything by itself.  Thus, it needs to work hand-in-hand with civil society organizations (CSOs), many of whom are faith-based organizations (FBOs) that are well-established in the villages and understand their communities well. They have been actively engaged in faith-based work, at the same time instilling love for country and community. FBOs as part of CSOs are part of the stakeholdership and need to work with ASEAN Member States to promote regional integration.

To provide a better understanding on the situation of freedom of religion and belief in ASEAN, Ms. Faith Delos Reyes, HRRC Research and Project Coordinator, provided an overview of the findings of HRRC’s study, “Keeping the Faith: A Study of Freedom of Thought, Conscience and Religion in the ASEAN.” The report noted that the Constitutions of most ASEAN countries recognize freedom of religion as a right. Nevertheless, states continue to face challenges in maintaining religious harmony. Factors that influence persecution and/or discrimination include the politicization of religion, ethno-religious nationalism, and weak rule of law in the country. Good practices, on the other hand, also need to be commended, and these include grassroots mobilization to counter intolerance and advocate for human rights, tolerant religious leadership that are willing to cooperate with different religious groups, community engagement that uses religion to build solidarity in the community, government-mediated dialogues that show neutrality to all religions and allow major religions to be involved in the country as stakeholders, and good governance, with politicians that govern well without pitting one religion against another. 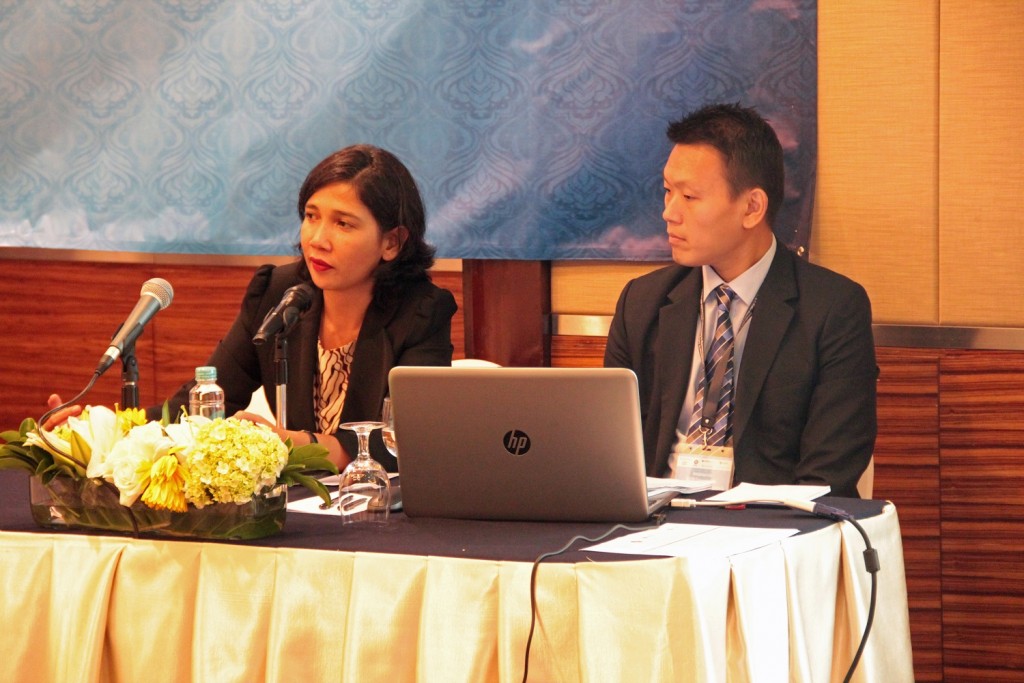 In the presentation of findings from the CSO consultation, Mr. Ming Hwee Chong, representative from the Bahá’í International Community, emphasized that every nation has a role to play in building a peaceful community. ASEAN is one of the most diverse regions in the world across various indicators, with religion as one of the most important identity markers for the people of Southeast Asia. FBOs thus play a crucial role in maintaining peaceful communities. The ASEAN Blueprints 2025 set up ambitious goals to realize the lofty vision in the ASEAN Charter.  To achieve these goals, more segments of society need be involved and committed, and one critical group of stakeholders are FBOs.  This was the motivation that gave rise to the consultation held in Bangkok, which may very well be the first time that FBOs in the region convened to discuss ASEAN.

Mr. Chong, in detailing the consultation process during the two-day meet, noted that most of the participants had limited understanding on the ASEAN 2025 Blueprints. Despite this, the participants were actively engaged in the sessions, and as their understanding grew, they became increasingly active, elaborating views and participating constructively on how to contribute to achieve the Blueprints.

Two core values of ASEAN were discussed in the consultation: unity in diversity and shared prosperity. The participants reached a mutual agreement on the importance of these principles in achieving peace. They stated that tolerance is not good enough; there must be understanding and acceptance between the different religions to achieve true unity in diversity.  Shared prosperity, for the participants, can be achieved with values of compassion and equality to narrow development gaps, which was interpreted to go beyond the economic dimension to include socio-cultural dimensions.

Ms. Aviva Nababan, HRRC Research and Project Coordinator, then presented the discussions with participants during the Bangkok consultation for each of the pillars on the 2025 Blueprints, as well as recommendations for further engagements. For the ASEAN Political-Security Community, participants identified two particular issues: human rights and anti-corruption, which they believe they can promote through religious teachings and peace-building processes. For the ASEAN Economic Community, the discussion revolved around goods production and labour market as well as environmental and economic sustainability. The participants were confident that they can promote corporate social responsibility programs and small and medium enterprises by providing skills and seed money for remote areas, conducting training programs, and advocating for the adoption labour standards.  For the ASEAN Social-Cultural Community, participants identified diversity both as a social capital and a source of tension amongst communities.  Participants identified potential contribution for this pillar through mainstreaming of ASEAN-relevant topics in the educational curricula, including ASEAN values, introduction to other cultures, and on a regional level, holding interfaith dialogues to generate a sense of oneness among FBOs.

In sum, the participants who were from different religions and different cultures were highly interested to know more about ASEAN and how they could contribute. They were aware of their strengths and limitations in promoting unity in diversity and shared prosperity, as well as in contributing to the action lines in the Community Blueprints. Throughout the activity, the participants underlined the necessity for effective coordination across the three Blueprints. There is definitely potential for ASEAN to benefit from exploring a closer collaboration with these groups to achieve the goals under the ASEAN Blueprints.

Following the presentation of findings, an open forum was held where the participants had the opportunity to provide comments. H.E. Ong Keng Yong shared that CSOs during the consultation raised quite a few practical and useful ideas based on how they see community-building within ASEAN. Going forward, he raised the possibility that ASEAN Member States would see a downside to engaging FBOs for wider stakeholdership, if so, he asked that this be articulated so that this could be addressed.  He also suggested the need to flesh out certain concepts such as mutual acceptance, moderation, and respect to concretize vague ideas and arrive at a general understanding of these terms. 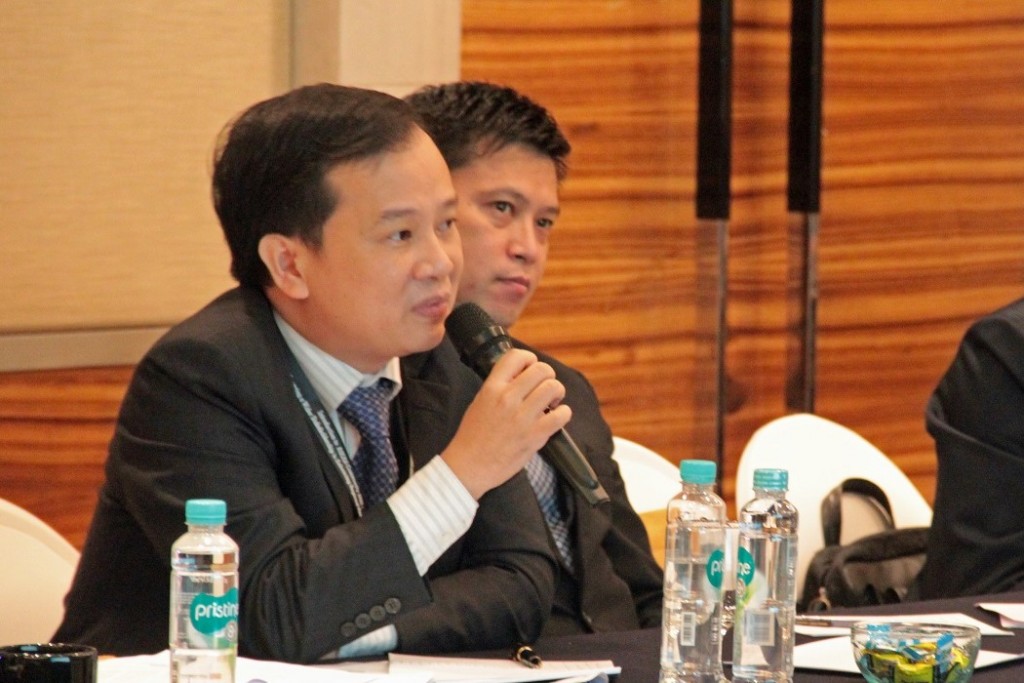 Mr. Duong Tri Hien, Counsellor at the Viet Nam Mission to ASEAN, commenting on the findings

The representative for the Permanent Mission of Viet Nam to ASEAN, meanwhile, conveyed that the consultation indeed produced new concepts and suggestions that are worth serious consideration and discussion. He encouraged the organizers and FBOs to increase engagements to familiarize themselves with ASEAN procedures and practice.  Ms. Elaine Tan, the ASEAN Foundation’s Executive Director also encouraged the organizers to engage with the ASEAN Education Ministers Meeting (ASED) to ensure that common ASEAN values will be considered for inclusion into the ASEAN Member States’ education curriculum. Mr. Lee Yoong Yoong, the Director of Community Affairs Directorate of the ASEAN Secretariat also encouraged the FBOs to further engage with ASEAN through the channels available, including by applying as entities associated with ASEAN as part of Annex II of the ASEAN Charter.

As a last note, H.E. Ong Keng Yong clarified that the consultation was not held to energize discussion on religion, but rather, the objective is to try to widen engagement with ASEAN citizens.  A big group of the ASEAN sector consists of FBOs and it is hoped that given the extensive reach of FBOs on the ground, ASEAN awareness would increase and the ASEAN agenda and community-building would be promoted.

The event was then capped with closing remarks from Prof. Harkristuti Harkrisnowo, Acting Executive Director of HRRC, who expressed hope that participants take away three central messages from the discussion: first, FBOs and academia are excited to be part of the integration project and seek further guidance and engagement; second, they have high potential in building sense of ownership in regional integration; and third, they are key actors in maintaining peace in the region, and engaging them will greatly benefit ASEAN political and security goals.