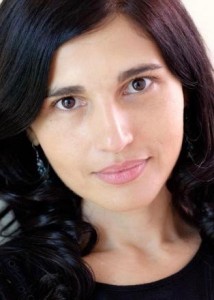 Michelle Staggs Kelsall is a Malaysian/Australian lawyer with a Master’s degree in Public International Law from the London School of Economics and Political Science and Bachelor’s Degrees in both Communications and Law from Macquarie University.

She joined the HRRC as Deputy Director in 2013, where she oversaw all of the Centre’s research, education and training activities and supported the mandate of the Executive Director to foster a rights-based approach to ASEAN integration. In September 2015, she received the Vice Chancellor’s Excellence Award from the University of Nottingham, where she is conducting her doctoral research in the Faculty of Law. Michelle continues to be involved in HRRC’s work as Senior Researcher for Business and Human Rights.

She brings to the role over ten years experience working, first, as a corporate lawyer for Allen & Overy, LLP, and subsequently, on rule of law initiatives in West Africa and Southeast Asia, with a particular interest in strengthening the independence of the judiciary. Prior to joining the HRRC, Michelle spent several years working as Deputy Director of the UC Berkeley’s War Crimes Studies Center and heading the joint War Crimes Studies Center/East-West Center’s Asian International Justice Initiative. She also worked for the Office of the United Nations High Commissioner for Human Rights from 2010 – 2012.

She has published for several peer reviewed journals, including the International Journal for Transitional Justice and Law in Context. Her research interests are particularly in the fields of international criminal law, business and human rights and the development of a regional human rights system in ASEAN.