Chairperson of the Governing Board 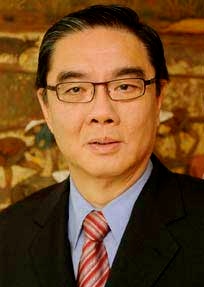 Mr Ong was Secretary-General of ASEAN (Association of Southeast Asian Nations), based in Jakarta, Indonesia from January 2003 to January 2008.

Mr Ong started his diplomatic career in 1979. He served in various diplomatic posts in Saudi Arabia, Malaysia, the United States of America, India and Nepal. He was Press Secretary to the then Prime Minister of Singapore, Mr Goh Chok Tong. At the same time, Mr Ong held senior appointments in the Ministry of Information, Communications and the Arts, and the People’s Association in Singapore. From 2008 to 2011, he served as Director of the Institute of Policy Studies (IPS) in the Lee Kuan Yew School of Public Policy at the National University of Singapore.