Member, Board of Managers 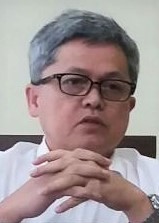 Mr. Rafendi Djamin is the Regional Director for South East Asia and Pacific of Amnesty International and the former Executive Director of the Human Rights Working Group (HRWG), a permanent coalition of Indonesian NGO’s for International Human Rights Advocacy based in Jakarta. He is a member of the Advisory Board of ASEAN CSR Network, and member of the Advisory Group of the Association for the Prevention of Torture (APT). He served as the first Indonesian Representative for the ASEAN Intergovernmental Commission on Human Rights (AICHR) from 2009-2015, and held a position as the chair of AICHR in 2011. He received his master’s degree in Development Studies in 1989 from the Institute of Social Studies in The Hague, Netherlands.