Manila, 15-17 October 2018. The Southeast Asian Human Rights Studies Network (SEAHRN) held its fifth international conference on human rights and peace and conflict last week, with the theme “Making it Matter: Empowering Societies for Human Rights and Dignity in Southeast Asia”. Co-organized also by Human Rights Center of Ateneo de Manila University, the Department of International Studies of the Miriam College, the Law Center of the Institute of Human Rights of the University of the Philippines, the SHAPE-SEA Programme, and the Swedish International Development Cooperation Agency, the event gathered academics on the field of human rights in the region, resulting in a rich, three-day-discussion on the state of human rights in the region. Various issues were covered by the speakers, from the review of the existing human rights mechanism in ASEAN, the resolution of past human rights violations, conflict transformation, civil and political as well as economic, social, and cultural rights in the region, all with the background of the global realities that are witnessing the dawn of post-truth era and rise of authoritarianism. The conference was opened by Keynote Speaker International Criminal Court Judge Raul C. Pangalangan, who centered his speech on the issue of activism through law. He advocated for those who seeks to transform through law not to stray from the legal path. He cautioned against violating legal principles and procedures to secure a certain change, for such method opens the door for others to use the same method to undermine human rights and rule of law.

The Human Rights Resource Centre’s attendance in the conference was facilitated by the Minority Networks, a network based in Norway that facilitates dialogue between academic scholars, NGO experts and decision-makers at the national and international level on what a human rights based minority protection implies and how it may be implemented and secured in conflict-ridden societies. Ms. Aviva Nababan of the HRRC assisted as a moderator in the session sponsored by the Network, which discussed the topic of “Inclusive Citizenship or Majoritarian Nationalism: Current Challenges and Good Practices in Myanmar and Its Neighbor States”. Mr. Nbyen Dan Hkung Awng, the Director of Kachinland School of Arts and Science in his presentation highlighted the need for taking into account minority identities in building a cohesive, united society in a highly diverse context such as can be found in Myanmar. Pointing to his organization’s strategy to build inclusive education, he underlines the need for an educational system that does not further policies of denying minorities’ cultural identities but rather nurture cultural exchange between different cultures as ignorance furthers hatred and violence. Discussing securitization of Islam in Myanmar, Mr. Nickey Diamond of Fortify Rights addressed the situation of Rohingya Muslims, discussing the security approach being employed on the situation. Analyzing security discourses in media outlets, official documents as well as promotional materials, he underlined how treating Islam as a security issue potentially aggravates the situation and may perpetuate more violence against Rohingya and other Muslim population in the country. Ms. Phyu Zin Aye, a doctoral candidate at Human Rights and Peace Studies at Mahidol University, focused her presentation on applying gender analysis on the right to a nationality in Myanmar. Ms. Aye firstly underlined that the right to citizenship in the country is problematic for both men and women, especially due to the existing different types of citizenship and challenges for those of minority religions and ethnicities in attaining their citizenship documents. Focusing on whether women are able to acquire citizenship equally with men and retain or confer their citizenship after marriage as well as confer citizenship to their children in Myanmar, she found that women experienced additional layers of challenges compared to their male counterparts. She pointed to the 2015 Buddhist Women Special Law and Population Control and Health Care Law that apply marriage and procreation to specific populations, as well as the existing gender norms that impact women’s access to information, mobility, and independence in deciding and retaining their citizenship status from their spouses. During the session, as a comparison from another country in the region, Dr. Deasy Simandjuntak of ISEAS – Yusof Ishak Institute, National University of Singapore gave a presentation on citizenship, religious activism, and identity politics in the context of Indonesia’s electoral democracy. She underlined the nexus between citizenship and religious activism in Indonesia and the tug of war between the more moderate and conservative groups in the country’s political discourse. With the rise of identity politics, Dr. Simandjuntak highlighted the dilemma faced by Indonesia as well as many other countries in the world, namely how to balance the need to curb hardline groups and to preserve civil society and democracy, which necessarily require freedom of expression. The context of democratization and human rights emerged in the ensuing discussion after the presentation, as well as the need to resolve past and ongoing egregious human rights violations in order to avoid repeating the same patterns of oppressions. In the conclusion of the session Ms. Nababan emphasized that democracy alone, especially the procedural kind, will not automatically grant equal rights for all citizens. In fact it can be a vehicle to strengthen the tyranny of majority. Only with strong human rights regime a genuine democracy can be established, one that keeps in check majoritarian tendencies and protect the rights of minorities. 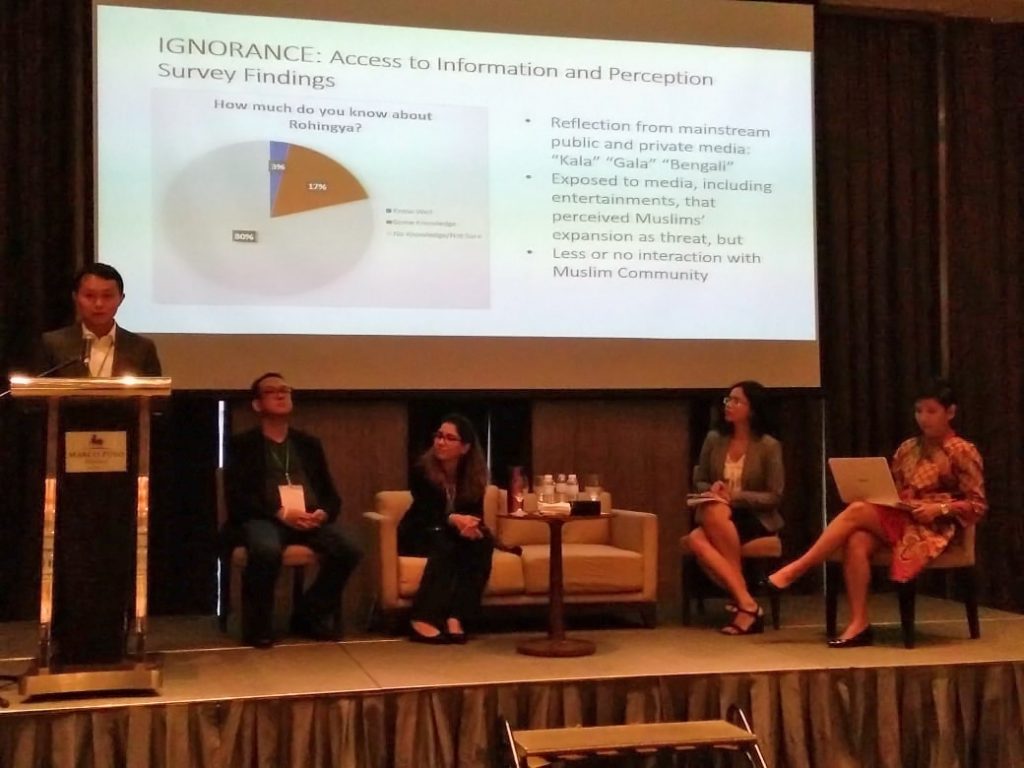 The Conference was closed by a keynote speech by Ms. Kemala Chandrakirana, a feminist human rights activist from Indonesia who cofounded Indonesia’s National Commission on Violence Against Women and led the Commission from 1998-2009 and served as a member of the United Nations Working Group on discrimination against women in law and practice. In her speech Ms. Chandrakirana referred to the legacy of violence and abuse of power all countries in Southeast Asia has to grapple with and calls for all to realize transformative justice. Such justice, she asserted, would require cultural advocacy, securing acceptance to the principle of universality of human rights inter alia by engaging with various communities, including religious. She also called the academics and activists in attendance to work together and transcend the existing barriers in order to realize the promise of ASEAN Charter, namely a rule-based, people-centered regional community that promotes human rights agenda.